The failure to reach an agreement on a new fiscal stimulus bill soured investor sentiment and sent stocks modestly lower for the week.

Hopes for striking a deal were raised late in the week as comments from a key negotiator suggested that a deal might be getting closer to fruition. The week ended, however, without an agreement, cementing a disappointing week of performance.

Market sentiment was further weighed down by the continued rise in COVID-19 cases in the U.S. and Europe, though anxieties were tempered by the belief that a full economic lockdown was unlikely.

Markets have been focused on weekly initial jobless claims as an important input into the state of economic recovery. After weeks of 800,000+ new jobless claims, last week’s report reflected an improving labor market, as new jobless claims rose by 787,000, below consensus estimates of 875,000, while continuing jobless claims fell by more than one million.[iv] 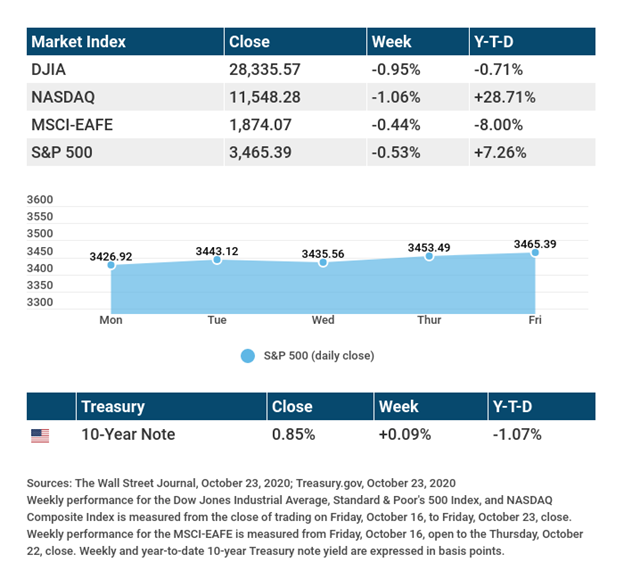