Both the S&P 500 and Nasdaq Composite ended the week at historic peaks, while the Dow Jones Industrial Average settled less than 12 points under its all-time record close. The Nasdaq rose 1.74% for the week; the S&P gained 1.47%. The Dow added 1.44%. MSCI’s EAFE benchmark, which measures developed stock market performance outside the U.S. and Canada, improved 0.58%.[i],[ii],[iii]

This net increase far surpassed the gain of 85,000 projected by a Bloomberg poll of economists. These job gains occurred even as last month’s General Motors strike impacted hiring in the manufacturing sector.

Unemployment rose slightly to 3.6% in October, an effect of more people entering the job market. Likewise, the U-6 rate, counting both unemployed and underemployed, Americans ticked up to 7.0%.[iv]

Last week, the central bank made its third quarter-point rate cut since July, leaving the target range for the federal funds rate at 1.50-1.75%.

Something was missing from the latest Fed policy statement. Since June, a passage had noted that the Fed was ready to “act as appropriate to sustain the expansion.” In the latest statement, that language disappeared. At a press conference Wednesday, Fed Chair Jerome Powell commented that Fed officials “see the current stance of monetary policy as likely to remain appropriate.”[v]

Where Trade Talks with China Stand

There were further negotiations between U.S. and Chinese officials Friday, and China’s commerce ministry announced that both sides had “reached consensus on principles” integral to the first phase of a new trade pact. U.S. Trade Representative Robert Lighthizer noted only that the latest round of conversation had brought “progress in a variety of areas.”[vi] 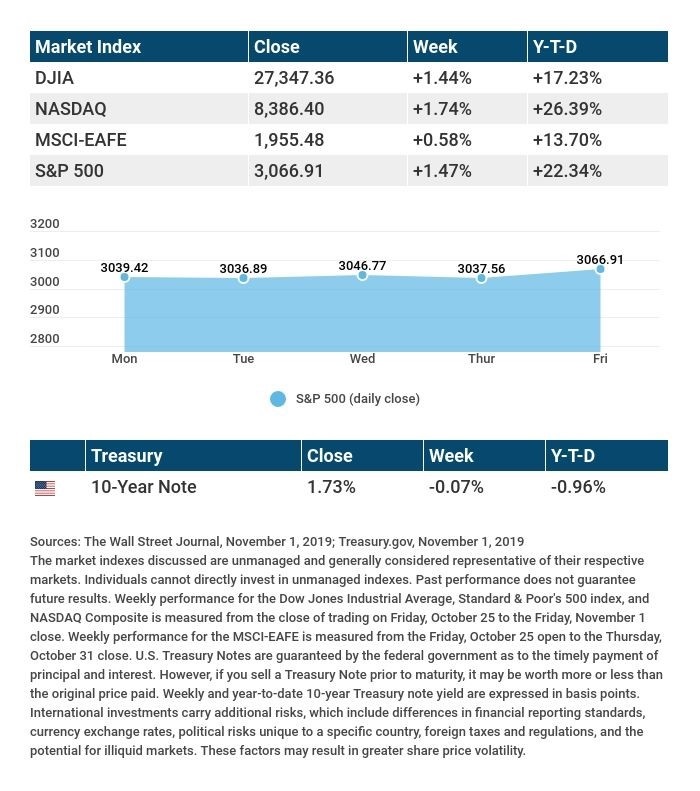