As November wrapped up, U.S. equity benchmarks advanced. Stocks were again aided by a sense of optimism that a preliminary U.S.-China trade deal could be near.

Markets Wait for News of a Trade Pact

Wednesday, a senior White House official told Politico that the U.S. was “millimeters away” from a phase-one trade agreement with China, a deal that might involve the removal of certain tariffs.

The Latest on Consumer Spending and Consumer Confidence

Personal spending was up 0.3% in October, according to the Department of Commerce. This happened even with no gain in household incomes.

The Conference Board said its Consumer Confidence Index came in at 125.5 for November. Even though it has declined for four straight months, the index remains well above levels seen during the first half of the decade.[v],[vi] 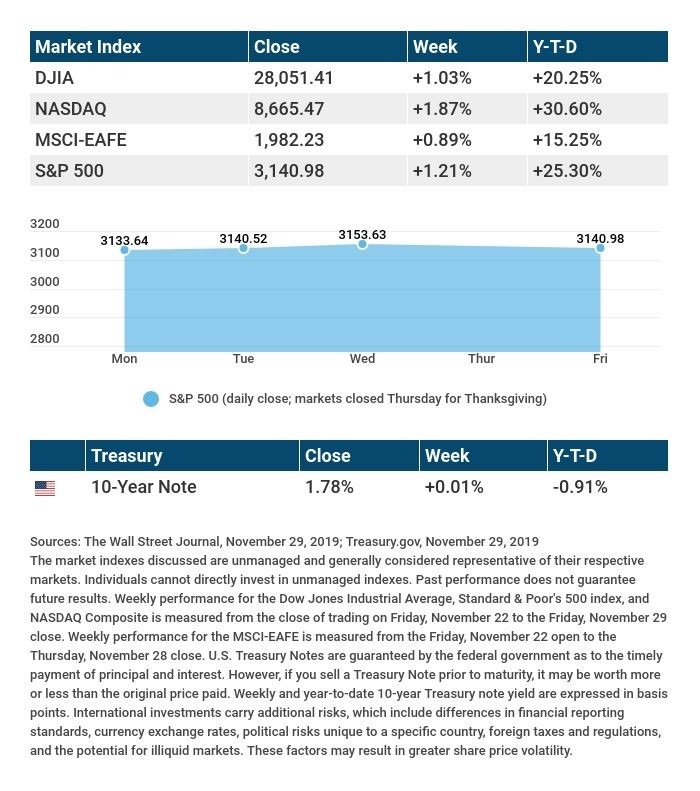