The professionals at Cabot Wealth Management frequently appear in print, online, and on television to share investment tips, the impact of the economy on markets, financial planning advice, and more. To help investors understand the state of the market, we have compiled a selection of investment media clips, investment articles, and newspaper/magazine articles, that outline what is happening in politics, technology, the world economy, and the business sphere in videos and articles.

For more information about how Cabot Wealth Management can help you manage your wealth, contact us today.

........"next launching pad for gold would be the $1,900 area," said Rob Lutts, chief investment officer at Cabot Wealth Management. 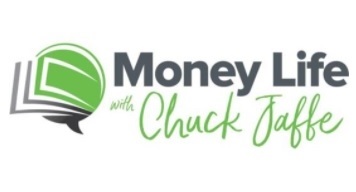 "He's a master of marketing ... Everyone in the world is talking about Elon Musk and bitcoin right now.....

Rob Lutts, founder of Cabot Wealth Management, believes we're just getting started on the artificial intelligence, alternative energy, autonomous driving and battery storage fronts. And he's not afraid to invest in some of the best ETFs that embrace these innovations.

"We believe artificial intelligence trends are just beginning and will soon transform many sectors of the economy. This is a once-in-decade phenomenon which will cause technology spending and investing to much higher levels," he told IBD.

Instead, the firm owns shares of companies it believes will benefit from a push to alternative energy, such as solar firms and generator maker Generac Holdings Inc.

Click on the play button below to listen to Rob's interview (starts @ 36:50)

We are pleased to announce that Rob Lutts, President and Chief Investment Officer of Cabot Wealth Management, has been elected Chair of the Board of Trustees for Salem State University.  Congratulations Rob!

For full article, see link below:

By Rodrigo Campos and Karin Strohecker

NEW YORK/LONDON (Reuters) - Argentina's stocks are rocketing, outpacing equity market peers around the world in the second quarter as growing risk appetite has lured investors to the country's listed firms despite biting economic and debt crises.

The S&P Merval stock index <.MERV> plunged near 50% from mid January to mid March. But this quarter, price returns in pesos for the 20-stock index have climbed as much as 100%. When translated to U.S. dollars using the official exchange rate, they are now up 64%, the most among the largest stock markets globally.

Investors jumped in even as Argentina's government has scrambled to restructure around $65 billion in foreign debt and forecasts called for the economy, mired in recession since 2018, to contract as much as 10% this year.

"There are periods of time where it gets just so cheap that people come rushing and move it to the opposite side for a while," said Robert Lutts, chief investment officer at Cabot Wealth Management in Salem, Massachusetts.

What's a market correction? Investors likely barely know as markets keep marching higher. But a reminder might be coming.

"I expect at least two corrective periods of 5% to 7% at some point in 2020," said Rob Lutts, president and chief investment officer at Cabot Wealth Management. Cabot, based in Salem, Mass., manages $800 million in assets.

What could possibly rain on the market's run? After all, the S&P 500 is up 26% in the past 12 months. Two wild cards stand to threaten the market's strength, he says.

Any whiff interest rates might rise could cause market bulls to cool off, Lutts says. If "rates begin to rise again, valuations will be adjusted downward," he said. "As long as the central banks continue to manipulate rates to remain low, the stock market party will continue."

And the election will also add drama to the market. Lutts thinks President Donald Trump will ultimately win the 2020 election. But "fear of a win by the Democrats will enter into market volatility," Lutts said.

Listen to Rob Lutts discuss stock picks and talk about the market on Money Life with host Chuck Jaffee. For more information about The Money Show, visit:  www.moneylifeshow.com.

Click on the play button below to listen to Rob's interview (starts @ 36:30) “Tesla isn’t going to get out of its trading range unless Elon succeeds in cracking the code of ramping up production,” said Rob Lutts, chief investment officer of Cabot Wealth Management, a money-management firm that owns about $2 million worth of Tesla shares and has no immediate plans to buy more.

See what Rob Lutts, Cabot Wealth Management's President and Chief Investment Officer and others have to say about investing in Chinese equities:

Long-time China investor Rob Lutts, president and chief investment officer of Salem, Massachusetts-based Cabot Wealth Management, said he thought “the general attitudes toward China, among investors, is still in the ‘avoid’ category”, but he saw a lot of value in the nation’s equity markets, with insurance among his favourite sectors.

“When incomes go from US$8,000, US$12,000 towards US$25,000, you go from taking care of basic needs to start thinking about buying cars and homes, and that brings insurance,” he said, adding that he liked insurers Ping An Insurance and AIA Group Ltd.

“Investing in those two companies today,” he said, “is like investing in Prudential in the 1940s in the United States.”

Listen to Rob Lutts discuss stock picks and talk about the market on Money Life with host Chuck Jaffee. For more from the Money Life Show, visit www.moneylifeshow.com.

Click on the play button below to listen to ROB's INTERVIEW

Cabot Wealth Management, Inc., a private wealth management firm providing fiduciary advice since 1983, today announced president and founder Robert Lutts’ ten-year succession plan. Effective July 01, 2017, thirty percent of Cabot Wealth Management was sold to the three senior principals of the firm: Jim Gasparello, Greg Stevens, and Sonia Ernst. Lutts will continue to be the primary shareholder, owning 70 percent of the shares and actively working as he has done for the past 34 years.

Use Up/Down Arrow keys to increase or decrease volume.